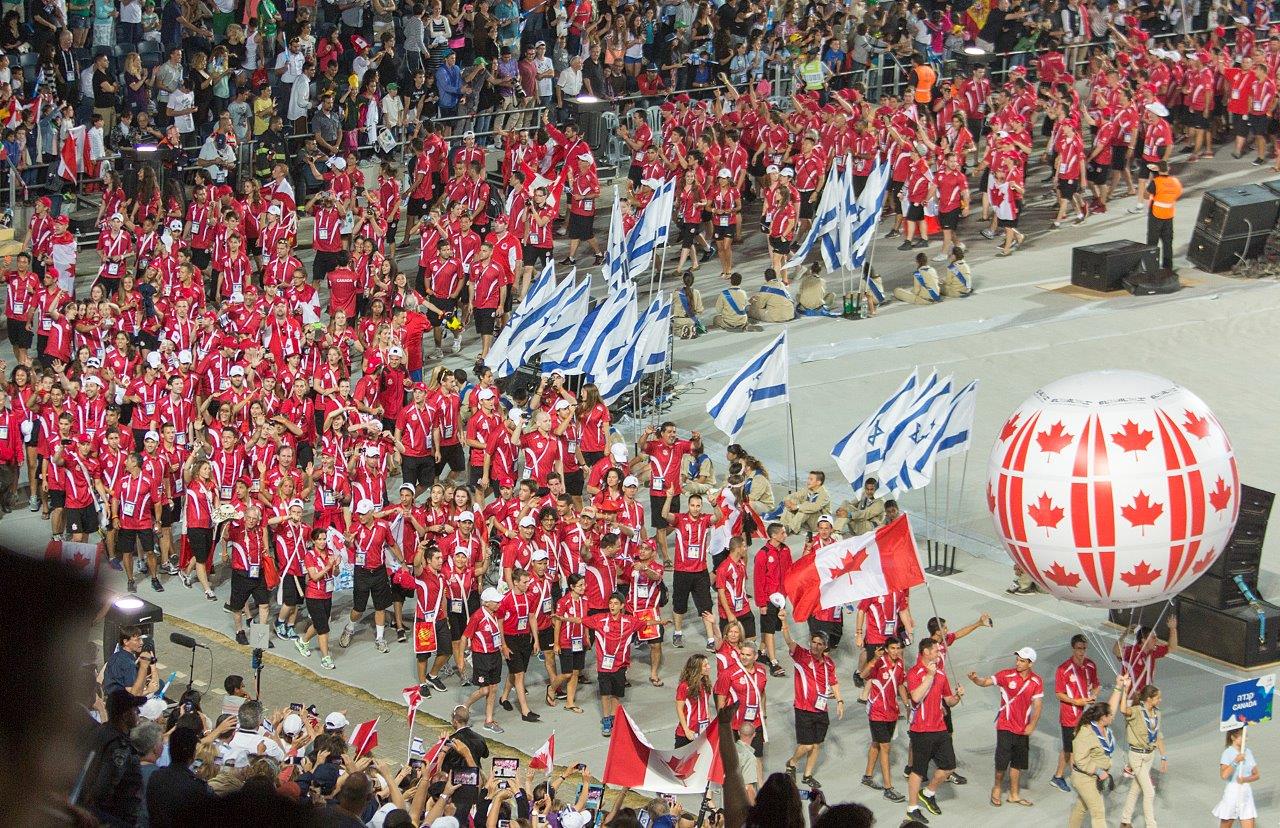 There are no words that can describe the experience and emotions that emerge when you partake in the Maccabiah Games. Whether you are an athlete, a coach, parent or supporter, the experience is remarkable.

Those are the stats! But the moment you stepped foot into Teddy Stadium for the Opening Ceremonies, it is then that you realize the symbolic and pride of representing your country and reaching your athletic prowess. The delegations accomplishments where undeniably the strongest showing for a Canadian team. Leading the delegation was Olympian and flag bearer for Canada, Josh Binstock. Josh along with his teammates won a silver medal in the men’s volleyball, the team’s highest achievement thus far at a Maccabiah games. Gold medal achievements for Sasha Gollish and Judy Snider, in their prospective age categories. They competed in the inaugural Maccabi Woman event which is comprised of 4 endurance components. Larry Bell, who has competed in many Maccabiah Games, clenched 6 medals from the masters swim competition. That is a small representation of the team’s success as there are far too many to highlight.

The beauty of the games is that it covers multiple generations. Competing as an athlete is an honour on its own but to share that stadium with your children and grandchildren is priceless. Maccabi Canada is honoured to have had more than 10 multi-generation families.

Maccabi Canada offered, for the first time, an Israel Experience to the junior delegation. The 6-day mystical tour explored Israel with guided tours, cultural programming and Tikkun Olam projects. Each athlete had the opportunity to learn and experience Israel first hand and conceive their own affection for Israel and desire to return.

Every athlete competes at their best, but leaves the games with a greater fondness for Israel, new friendships, and athlete achievements that will shape them for the rest of their lives.

We look forward to the Games in 2017 and shaping the next set of memories for you and your families.